Pittman can’t remember the first time he was introduced to the great outdoors; but he can remember the tale “that at the age of four months, on a creek bank, they flipped a water snake out of the makeshift apple crate bed.” He was raised in the woods hunting and fishing, and still looks forward to every outing. 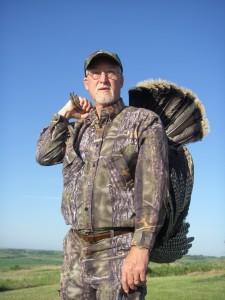 At 16, Pittman won his first turkey calling championship. When asked, “How did this affect you,” he commented, “I was small growing up, had asthma and chronic nose bleeds; so I couldn’t compete in most sports. I fell in love with God’s greatest gift, the outdoors. When I won that first contest, it did something to me. Not only was I good at it, but I fell in love with a sport that was right up my alley – turkey calling.”

Pittman has hunted across the United States and was the first person to document a Double Grand Slam (two turkeys of each of the four major sub species of the American Wild Turkey) in one year. He is on many Pro and Adversity staffs, such as Longleaf Camo, Muzzy, Delta and Scent Lok.

“I’m just a country boy producing a product that I believe in and know works, not only in the woods but also on the stage,” says Pittman. “After all, our saying is ‘From the Back Woods to the Top of the World.'”

Your questions and comments about Pittman Game Calls are always welcomed. 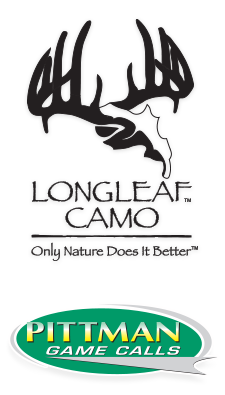